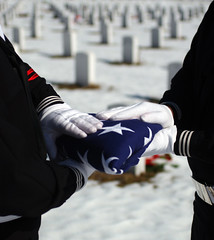 It is Memorial Day here in the United States. I want to honor all the men and women who have served in uniform for our country in defense of freedom and human dignity, and who have responded to our country's call; especially those who have been injured, and most fervently to the families of those who, as Lincoln noted, “gave their last full measure of devotion.” May we all honor that sacrifice.

The hottest place in hell is reserved for those who do not take sides during a period of crisis. ~John F. Kennedy

The historical origins of Memorial Day date back to the days after the Civil War when towns decorated the graves of soldiers who had died in that conflict. Hence the other name for this holiday, “Decoration Day.” Waterloo, New, York was officially recognized by Congress as the first city to officially hold a Decoration Day, which it celebrated on May 5, 1866.

It is generally agreed that the first national celebration began with the Grand Army of the Republic, an organization of Union veterans. An unknown veteran wrote to GAR Adjutant-General N.P. Chipman who took the idea to GAR Commander-in-Chief General John Logan who issued the proclamation that appears below. In 1887, Congress finally recognized Memorial Day as a legal holiday for all government employees.  Memorial Day History is a site with more history.

HEADQUARTERS GRAND ARMY OF THE REPUBLIC

When Will You Act on Your Dream?